After using Ubuntu for a year, I decided to install Arch Linux on my laptop. This post by Jai Luthra got me all excited about Arch. It took me a whole weekend to do it and I've been using it for a month now. I initially thought of using awesome-wm but since I was familiar with KDE on Ubuntu, I went for KDE. 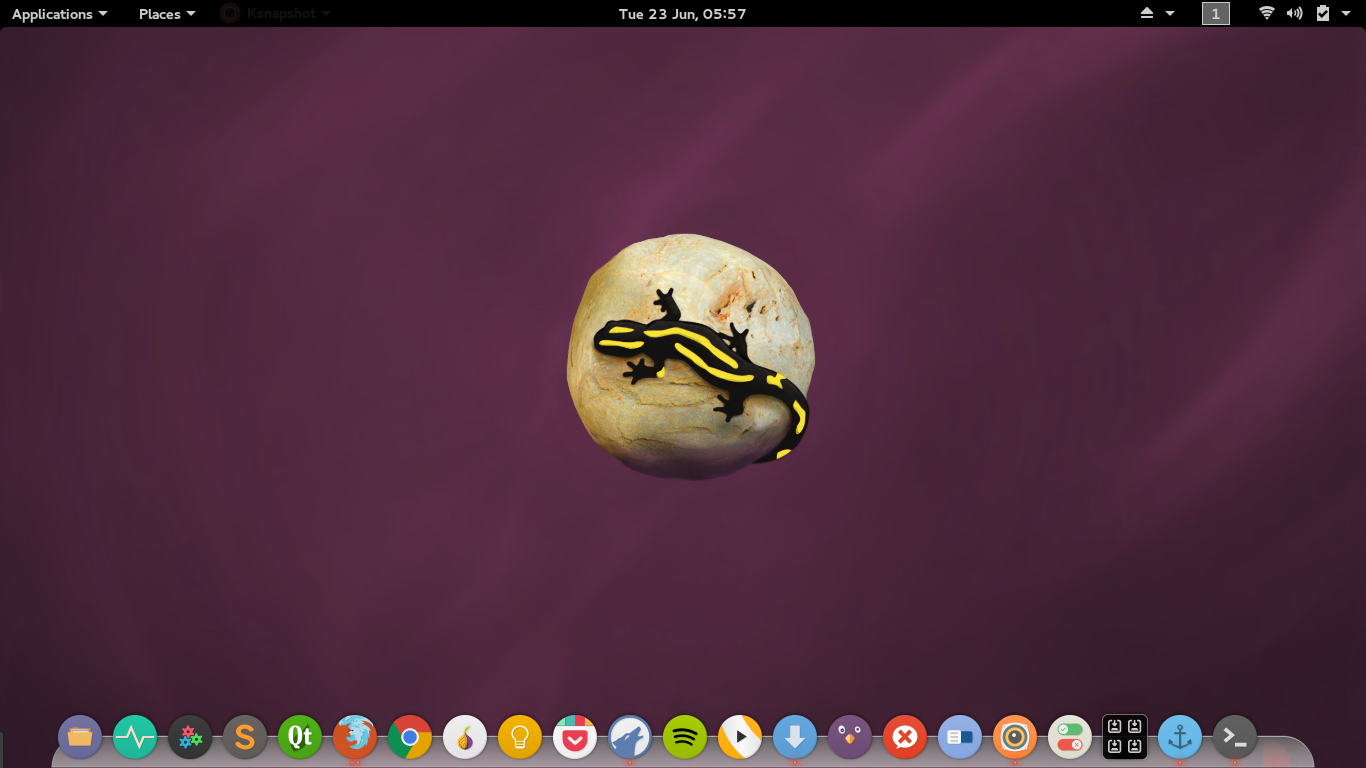 What brought me towards Arch was the fact that it has a rolling release model which means every update can be installed to the system the moment it's released. A single pacman -Syu will give you the newest version of everything installed on the system.

Although the installation process was very gruesome, it was in a way, enlightening. It wouldn't have been possible without The Arch Beginner's Guide.

Since I wasn't dual-booting Ubuntu & Windows for some months and really liked having just linux on my laptop, I decided not to dual-boot Arch too.

First, I formatted the disk using GParted. Then booted Arch Linux from a USB stick having the iso on it. I used YUMI to write the image to USB stick.

I used fdisk to create the following MBR partition scheme:

Tip: Use lsblk to list the hard disks attached to your system, along with their existing sizes.

I connected the laptop to my Home Wi-Fi network and then used pacstrap to install the base system after updating the mirrorlist and mounting the partitions.

Tip: Use the US or Germany mirrors as Indian mirrors are slow and buggy.

Since I initially had some problems with GRUB, I used syslinux as my bootloader.

After a clean install, it was time to install the video drivers. I first installed X. Then installed the K Desktop Environment.

Tip: Install kdebase instead of kde and then install the packages you need. It's cleaner this way.

Since most of the desktop effects weren't working nicely, I started searching for the nvidia drivers, pacman -Ss nvidia gave me a list of all nvidia drivers in the repos and I installed the ones which I thought were required by the discrete graphics card on my laptop. But it resulted in anyone's worst nightmare. Overheating.

After much googling and asking on the #archlinux IRC channel, I found that the solution was in the Arch Wiki the whole time. I needed to install Bumblebee.

So, I first uninstalled all the nvidia and nouveau packages and then installed only the following ones: intel-dri, xf86-video-intel, bumblebee and nvidia, voila! Overheating gone! (If you want to run 32-bit applications on a 64-bit system, you need to the lib32-nvidia-utils too.)

Everything is working fine except for 1 or 2 Fn key keyboard shortcuts. Also, I need to manually enable the dhcpcd service to connect via the ethernet port, use wifi-menu to connect to Wi-Fi (when netctl doesn't work) and use ip link to set the interfaces up and down, but I like to do it with the CLI.